Vox Awards – “Our Colonel Munro” from The New Adventures of Phileas Fogg got it! 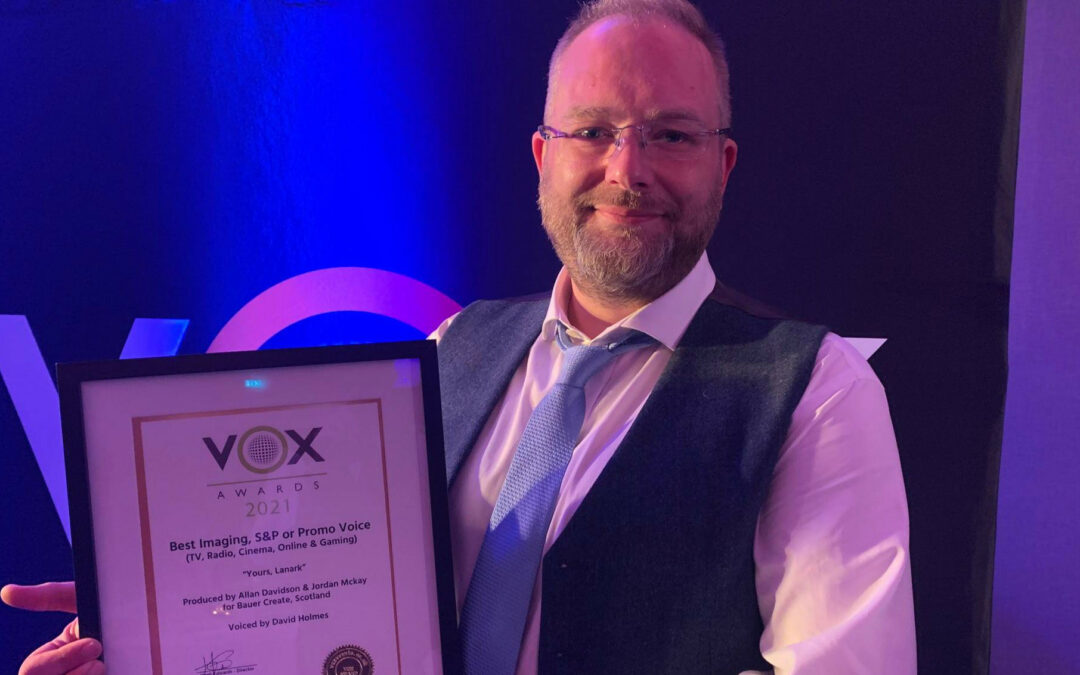 Here at Audio Quants, we were quick to spot his talent. When we heard his voice we knew he would be a  perfect addition to our tales of adventure and intrigue.

David Holmes possesses the rare ability to put you at ease immediately. This is in no small part due to his sincere and cultured voice, complete with a warm Scottish lilt. As a voice-over actor, that ability goes to good use. You’ll see from his online profiles that he keeps himself busy. Moreover, he has refined his niché; many of his recent roles pertain to informational campaigns. Lung scans, food waste and the mental wellbeing of seafarers; a variety of causes. With such trusting tones, it’s easy to understand the demand.

Behind the scenes though, as any voice over artist will tell you, a lot of hard work goes into sounding so natural. For David, after 5 years a little reprieve was long overdue. Thankfully, such reprieve came at the recent 2021 Vox Awards, an annual event that celebrates the best and brightest in British voice acting. Not ‘an event’ in fact. The event.

It was there David received an award for Best Imaging, S&P or Promo Voice award for 2021. Poignantly, the tourism campaign he voiced, Yours, Lanark, championed a town in central Scotland ‘only a handful of miles from where I was brought-up in Scotland’. In a sense, it had all come back home.

His first Vox Awards, all of this was very new to David. “I spent the day in panel discussions & chats with the hardcore of the Voiceover industry during the conference”, he recalls, “everyone was kind and welcoming but I was under no illusion that I wasn’t the ‘new kid’, at 44!”.

In many institutions, such newcomers might wait years for recognition. When they do, the eventual accolade is received for ‘shoulder-rubbing’ more than anything else. Not this time.

“The Awards have a judging process that is second-to-none and ensures no corruption or colluding’, says David, ‘In the end, this all made me feel that the award was actually deserved and so I am proud to have been honoured”. By the time the adrenaline had worn off, he could finally savour his victory. A newcomer he may be but in his five years, David has put those hours in. Now those hours have begun to pay off.

While he may still playfully identify as ‘the toddler at the high school disco’, David is in high demand. His award boosts his profile but he’d laid the foundations for success long before. Here at Audio Quants, we were quick to spot his talent. When we heard his voice we knew he would be a  perfect addition to our tales of adventure and intrigue. Thankfully, he accepted to come on board. David will be appearing as Colonel Munro and The Creature in our upcoming The Elephant of Steel (release 2022), the fourth installment of our re-imagined Jules Vernes tales produced in cooperation with Maritim Verlag.