AN EMERGING NAME AND A BOLT CLAIM 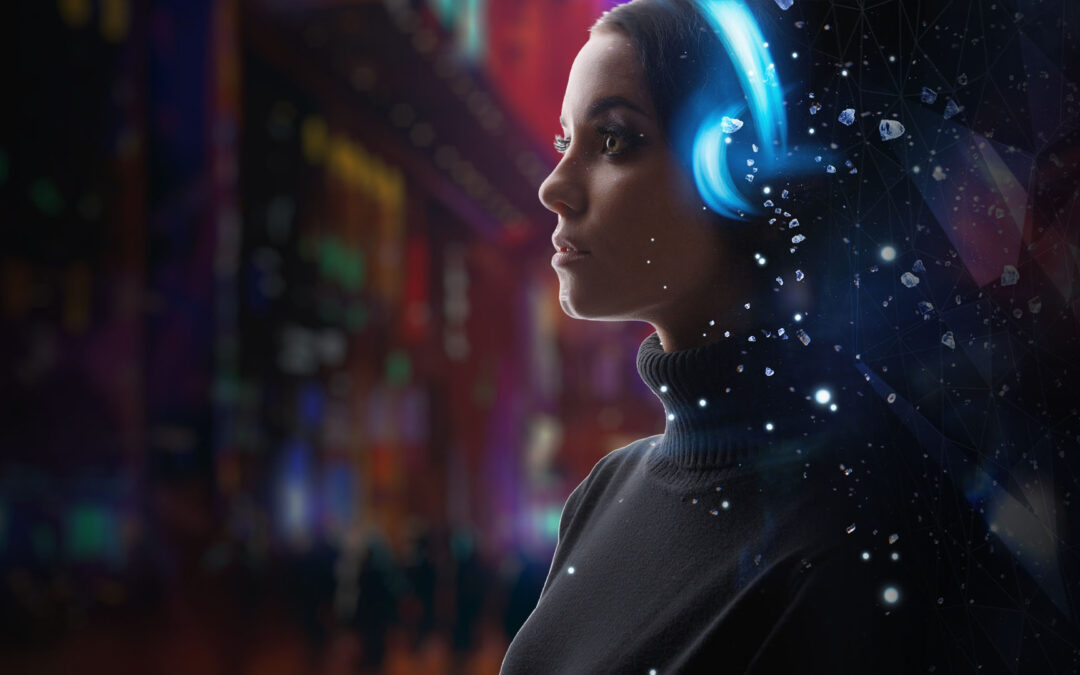 Ireland’s long standing affair with storytelling continues. That much became clear in June when Reuters revealed that Ireland was a global leader in podcast consumption. But how then does a digital storyteller capture that attention?

Audio Quants have all the answers. An emerging name in the field, their intention is clear; to produce captivating podcasts, audio books & plays. It’s a bold claim but their work speaks for itself. A recent series based on the works of French novelist Jules Verne showcased Audio Quants’ ability to combine engaging scripts, scores and voice talent to create a spellbinding finished product. And why stop there? To entice traffic, their considerable online presence is bolstered by eye-catching visuals across all good streaming platforms. Their passion for bringing stories to life is unerring.

It’s reflected in their composition too. Audio Quants consist of dedicated professionals from all corners of digital audio production. In creative circles, they might be called a ‘collective’. And at the heart of it all, Audio Quants are remarkably creative. Recent testimony from actor Nadine Wild-Palmer, via Facebook, gave an encouraging insight into the casting and recording process of an Audio Quants’ production.

Read more on the project page…

Demonstrating the due attention needed to create spellbinding finished products, founder and director Alicia Gerrard is meticulous in harnessing outstanding vocal performances from a hand-selected cast. This dedication continues to the mixing and engineering stage, creating the stories that materialise all around you (The recent Kidnapping on the High Seas was nothing short of cinematic). They’re not here to simply entertain but to stimulate.

They’ll be busy bees as well, if their list of slated projects is anything to go by. With financial backing from Fintech, Audio Quants have the means to produce a wide portfolio of series and that is what they intend to do. To begin with, there’s 3 more daring adventures with Phileas Fogg to look forward to. Welcome news indeed but make no mistake; Audio Quants refuse to be tied down by any one genre. Also in the pipeline is their eco-thriller following a young female climate activist. Then another collaboration with Maritim-Verlag; this time a crime series concerning the German Secret Service, the BND. And there’s there audiobook version of ‘The Light of Darkness’ by Shirin Azad, the devastating story of a 48 year old bank worker who receives a shock Alzheimer’s disease diagnosis.

Showing an alertness to global affairs, Audio Quants are in the final production stages of an audio version of Niaz Qureshi’s autobiography, Pakistan to Germany on Foot. Not a familiar title to these shores, this is a deeply humanizing account of one refugee’s march from Pakistan to Germany in the 1960s. This production arrives right on cue; 50 years on from Quereshi’s flight, Pakistan’s neighbours face a similar plight.And to keep you sweet, Audio Quants are also developing content for children.Such a loaded schedule might be the undoing of many a start-up. Not so Audio Quants. In the centre of it all are three individuals who run the bulk of operations; Alicia Gerrard, whom I have mentioned, is joined by Head of Strategy Christoph Lehmann and project manager Annette Karman. In addition to their passion for digital storytelling, the core of this spritely young company are united by something else; conviction. Speaking briefly with Karmann, it became immediately obvious to me that Audio Quants have a fundamental belief that the Irish ear will embrace the audio-series, as we have done the podcast and audiobook. One listen to Kidnapping on the High Seas and I too have a share in their belief.Streaming across Spotify, Apple Music, Amazon, Itunes Store and Napster, it won’t be long before you encounter an Audio Quants’ production. I suggest starting now.